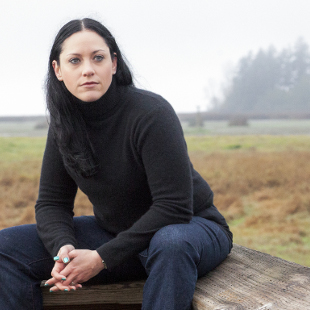 Ruby McConnellTRACY SYDORAn April 22 march in support of science on Washington, DC, has inspired the organization of satellite events across the U.S. and around the world. Writer and geologist Ruby McConnell of Eugene, Oregon, said she decided to organize a companion event in her community shortly after seeing the flagship march announced online. “It sort of blew up,” she told The Scientist. “Overnight, we had over 1,000 people follow the [Eugene] page.”

The Scientist: How did you become involved in planning this event?

Ruby McConnell: While I am licensed, registered geologist, I am an independent consultant. Mostly, I am an environmental writer and educator. Primarily, right now—I was on a book tour last year—I’m not a working scientist so I am the face of this march, because I can be. Everybody else gets into all sorts of ethical issues and funding issues and contract issues. . ....

TS: Are there people interested in participating but wary of doing so?

RM: Oh, for sure. [People supported in part by] a federal grant—they’re afraid they might lose their funding. . . . Other people have other reasons why they may not want to be associated as an organizer or a participant in a really public way. . . . I think it’s a nervous time.

TS: According to the march’s website, “We unite as a diverse, nonpartisan group to call for science that upholds the common good, and for political leaders and policymakers to enact evidence-based policies in the public interest.” Does this mission ring true for the event you’re helping to organize too?

RM: It has to ring true if you’re going to fit the word “science” into that. That’s why it’s particularly painful to see our scientists losing funding and being gagged, because one of the things the scientific community prides itself on is its own neutrality and our own checks-and-balances system for whether our work is politically motivated. . . . I think that most scientists agree that that attitude is the unifying factor in science, in general—that we are post-political. So yeah, I think that there is no way to do this [march] and say that this is a partisan issue. And I think that’s why it’s so exciting and why we’ve seen such a big response.

TS: In an opinion published in The New York Times yesterday, geologist Robert Young called the march “a terrible idea,” saying it could potentially “trivialize and politicize the science we care so much about.” What do you think?

RM: The idea that the first thing that you would do is turn off the information undermines the science more than any march could possibly. I think that’s totally ridiculous. To me, the idea is this is about scientists saying, No. We actually fundamentally believe in what we do. We fundamentally believe in the rigor of our own work and the importance of our own work, and it is worth enough . . . to go stand in the streets and yell about it.

TS: What’s been the response from the local scientific community so far?

RM: Totally overwhelming and amazing. It is unbelievable the number of people who have contacted us and said I am so concerned, I am so motivated by this. We have people offering to drive in from the coast to help. We’re hearing from university communities, saying How do we help organize? What do we do? . . . The response that we’re getting from scientists is a really visceral and human response, which is: This is my livelihood. This is my ability to finish my degree. This is the loss of good science.

This [response] isn’t a debate about the ideals of science. This is a statement saying: listen, science is on the front line of every issue, whether it’s environmental or humanitarian or economic. And it cuts really close to home.

TS: Are there any challenges specific to your region that you and your co-organizers hope to address?

RM: The idea is to make the ways in which all of this is impacting the community very well known. . . . How this is impacting forest studies and local hiring. I’m putting together how much of the science funding at the university is coming from federal sources and what that might mean. . . . That all counts as science. That all impacts the bottom line. How is that going to impact Oregon’s economy? I think it’s going to be huge.

TS: Around how much time are you dedicating to this project?

RM: At least it’s focused energy [laughs]. . . . I have a long history of advocacy and activism, and a lot of energy. I’ve been talking about [public understanding of the role of science] for a long time. People think that science isn’t their issue, and maybe that says more about the current crisis than anything else.