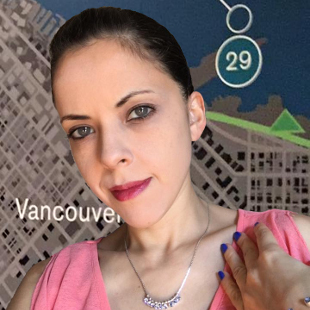 ALEJANDRA RULEYA lifelong science enthusiast, Alejandra Ruley is eager to show support for the scientific community in Houston, Texas, where she has lived for 15 years. A native of Argentina, Ruley’s connection to science comes from her own experience living with a mysterious illness since she was a young child. Only in 2014 was she given a diagnosis—an unspecified mitochondrial disorder. Last year, she was also diagnosed with complex regional pain syndrome.

“As a child with a complex, undiagnosed condition, I became fascinated by medical science,” she wrote in an email to The Scientist. “For nearly 30 years, I saw numerous doctors in an attempt to figure out the mystery. . . . Although frustrating, this has been an amazing journey that has led me to meet some of the brightest minds in our community.”

The Scientist: What initially led you to organize a satellite March for...

Alejandra Ruley: Somebody shared the March for Science DC link on my Facebook timeline. I was still outraged about reports of a gag order on the EPA [Environmental Protection Agency] . . . and other government agencies, and this gave me hope. . . . I started a Facebook group that grew to 1,000 members in the first 24 hours. Currently we have over 7,000.

After the first week, I was overwhelmed with the amount of work and effort involved in planning. . . . I appointed Madison Logan as the march co-organizer. . . . We have spent countless hours on March for Science Houston. We talk, plan, and organize from the minute we wake up until we go to bed at night. Madison is a great asset to this event, she has been my right hand—and ears, since I am deaf.

TS: How do you and your co-organizers aim to show nonpartisan support for “science” with the event you’re organizing?

AR: Recent policy changes have caused heightened worry among scientists. Science is not a partisan issue, science benefits everyone. . . . We [will] follow the footsteps of [DC] March for Science: our goal is to realize their vision of a movement that will influence future policy-making. We have a large team of volunteers working extremely hard to ensure inclusivity for anyone [who] supports scientific research and evidence-based policies, no matter their [political] affiliation. Science is everywhere and it affects every single one of us.

TS: Are there any issues specific to the Houston area that your group is hoping to highlight?

AR: The essence of Houston is science. We have NASA, the Texas Medical Center. . . . Due to our proximity to the Gulf of Mexico, Houston is also a hub for the oil and gas industry. The energy industry provides many jobs here, so a large portion of our economy depends on science.

TS: Have you received any feedback from the local scientific community so far?

AR: The response has been incredible. Everyone wants to help. We have about 200 volunteers so far. Our core volunteer teams are composed of scientists and science enthusiasts; we have medical professionals from the Texas Medical Center, environmental engineers . . . STEM educators developing a teach-in exhibit, communications professionals, designers, researchers, and a few NASA employees even. We are all working together to produce an event that our city will be proud of. . . . We will have speakers from our community and even musical entertainment—a band of neuroscientists from Baylor College of Medicine [will] play science-themed music.

TS: What would you say to scientists or science supporters who are interested in participating in a March for Science but are wary that doing so could somehow affect their work?

AR: Supporters of science have remained silent for far too long in the face of reckless policies that ignore scientific evidence and endanger both human life and the future of our world. . . . The time is now to advocate for science, this is a celebration of our passion for science and a call to safeguard its integrity.

TS: Do you have any advice for others who are interested in organizing similar events where they live?

AR: Employ the help of scientists in the community, reach out to local organizations, choose people with varied backgrounds. Diversity is science’s greatest strength.