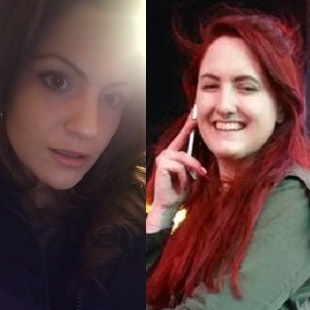 Sara Pack (left) and Sierra OwenSARA PACK AND SIERRA OWENThroughout the last month, science enthusiasts Sierra Owen and Sara Pack of Lansing, Michigan, have each spent more than 40 hours per week planning a satellite March for Science in their own community, and consulting on satellite marches being planned for Ann Arbor and Grand Rapids. They’ve been in touch with folks in Kalamazoo and Detroit who are interested too.

“My first week [organizing] I was sleeping about three hours a night,” said Pack, a retired paramedic firefighter. She and Owen, a research analyst, have been fielding hundreds of emails and social media posts, mostly from volunteers. “It was definitely hectic,” said Owen.

The Scientist: Why and how did you become involved in organizing a march in your city?

Sara Pack: My connection is [as], I guess, more of an enthusiast. . . . My background is paramedic...

I’ve always been an activist of sorts. . . . I’m passionate about this cause, and wanted to make sure it [would] come to Michigan. As soon as I saw the post [for the March for Science in DC], I immediately attempted to organize a march for Lansing.

Sierra Owen: I recently graduated from Michigan State, with a master’s [degree] in marketing research. . . . I still have a lot of connections at the university. . . . I personally saw friends lose not only their job prospects, but also research funding for their graduate work. That’s sort of why I was drawn to the march, initially.

TS: Generally speaking, how do you and your co-organizers aim to show nonpartisan support for “science” with the event you’re organizing?

SP: Really just unification. The main goal here is unification between the public [and] professionals, groups that advocate for science, educational groups. If we can be unified in our belief in empirical science and evidence-based findings, regardless of whether you may be liberal or conservative in your views, if you support that, you’ll naturally want to see policymaking that reflects that. We do have conservative supporters. We’ve got supporters all over the map that don’t want to see the EPA [Environmental Protection Agency] abolished. Protecting the environment is still important. There are a lot of medical researchers that don’t want to see public funding removed through policymaking, regardless of their political views. So really just unifying everybody for the cause is the initial aim; we will continue to do outreach and education after the march.

TS: Are there any issues specific to Michigan that your group is hoping to highlight?

SP: We’re definitely seeking to represent Flint. There are quite a few local environmental issues that we would like to see gain more public [awareness] and support. And of course, the issue of immigration. . . . colleagues and some professors who have been locked out of the country for a time; researchers, grad students and Michigan State. We’ve been following quite a few stories on that.

TS: What has been the response so far from the local scientific community?

SP: It’s been very supportive so far. We haven’t actually run into anyone who isn’t supportive at this point. I imagine that will come to fore. There was an article . . . by a scientist on why he thinks the march was not a good idea. The concern was politicizing science.

TS: Do you think there is any potential for that to happen, or is that concern unfounded?

SP: I definitely feel that the two [science and politics] intersect. There is a need for responsible application of science in policymaking because it affects everyone. It goes across multiple issues.

TS: What would you say to people who are interested in participating in a March for Science but are wary of doing so?

SP: I would encourage them to come out and stand up for what they believe in. I do understand the concerns of some of our federal scientists working for government agencies. They don’t have to identify themselves in coming out to support the march.

TS: Do you have any advice for others interested in organizing similar events in their communities?

SP: Use social media, is my absolute best advice. It’s a great way to gain attention and support. You will attract an amazing amount of volunteers.

TS: Around how many volunteers have signed up for the Lansing march?

SP: For Lansing we’re around 200, [with] more reaching out everyday. For Michigan overall, we’ve had over 450 volunteer responses.

TS: What are some of the roles volunteers are playing?

TS: Have you been in touch with any other march organizers?

SP: A lot. The DC march is using an online forum, basically, with all of us organizers connected to each other. . . . It’s been a great resource for sharing ideas and talking about what direction, nationally, we would like to go in.

TS: What are some of the types of conversations that go on in this forum?

SP: The biggest conversation we’ve had so far, recently, was [on] the DC [March for Science] website. There were a lot of complaints coming about, about the original diversity statement they had up there—that it was overshadowing the march, which a lot of us organizers felt like it was. We of course want to be intersectional, inclusive, and diverse in our groups—we want to see that, but we don’t want the focus taken off of support for science. That was addressed through that forum, and quickly—I mean it was just wonderful, the response. It was amazing to see.

Most of the organizers have a science background in one way or another. . . . The general policy discussions are mainly to do with public funding [for research]—what groups we can join forces with . . . to defer to the people who are, legally, better at lobbying for policy change. That’s a large focus—attracting other groups to help us with that. . . . and to make sure that the gag orders are removed, to make sure that we don’t allow the EPA or the FDA [Food and Drug Administration] to be abolished entirely, or so deregulated that it becomes potentially dangerous.