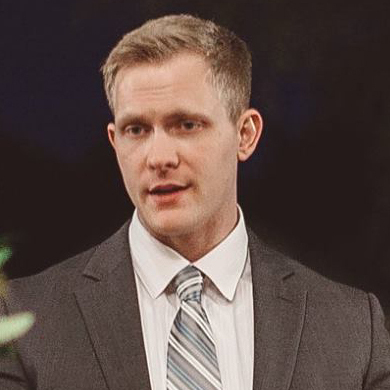 Alex BradleyJAMIE ALLIOAlex Bradley is a PhD candidate studying developmental biology at the University of California, Los Angeles (UCLA). Frustrated by the spread of misinformation and science skepticism he has recently observed, Bradley became involved in the national March for Science through Facebook and, ultimately, spearheaded the launch of a satellite march in Los Angeles. Bradley said he and his co-organizers are planning to continue their science advocacy after the April 22 march, with annual marches and regular science expos.

The Scientist: How did you become involved in the Los Angeles march?

Alex Bradley: I got involved because there have been a lot of polarizing events in the science world as far as it pertains to policy and the public, and I was tired of not doing anything about it. I was actually at lunch with a friend of mine, who is also a PhD candidate at...

TS: Why is now the time to march for science?

AB: I don’t know that it’s ever been the wrong time for a march, but it’s a particularly opportune moment now because we have so many supporters behind us. If, two years ago, you’d tried to get a bunch of scientists together to hold up signs in support of science, I don’t think they would have been interested. [Scientists show] an aversion to anything even mildly political . . . for fear of losing our credibility, so most scientists won’t get involved in something like this. The staggering number of scientists supporting this movement really speaks to how important it is to us.

TS: Why march, as opposed to engaging in another form of advocacy?

AB: Well, I think one of the most important things is numbers. It matters that you have a single collective, cohesive voice, and I think it really impresses the importance of an issue on people when they see hundreds of thousands of people all collecting in one space to shout their support for something. Particularly when that demographic is introverted scientists, coming out to hold signs in support of science. . . . A march is a great opportunity to just visually show that support.

TS: What’s your response to the opinion that a march could politicize science, perhaps even do more harm than good? Are you taking steps to prevent this?

AB: I have a worldview that doesn’t consider that anything derived through evidence-based facts can be harmful. I think our whole team shares that opinion . . . I don’t think it will do more harm than good, not at all. We’ve had some skeptics [who] have voiced opinions that we’re definitely listening to in planning this march. We want to be as inclusive as possible—the last thing we want is for this to be a divisive statement that further establishes a boundary between scientists and non-scientists. The very fact that academics use the term “layperson” kind of suggests elitism, and I think it’s very important that the general public recognizes that it’s not us and them. It’s all of us pursuing truth.

The only measures we’ve really had to take . . . have been in moderating discussions online. Online, sometimes people get heated about scientific subjects. I’ve definitely been there before. We’ve done our best in that realm to moderate discussions that get a little off track. When people start bashing political parties and each other, and stray from the facts of the issue, it muddles what we’re trying to accomplish here.

AB: It has followed a really interesting trajectory. Initially, many academics, given that many of them have funding through federal funds, were fearful that if they got involved in this and it became some form political statement their funding would be jeopardized. I think in light of recent changes—or proposed changes—in the funding structure, some of them realized that maybe their funding was already in jeopardy. As the march picks up traction, particularly from endorsements like AAAS [the American Association for the Advancement of Science], scientists came out of their holes, so to speak, and realized it’s looking safer and safer to support this movement.

TS: What happens after the march?

AB: One thing we want to do, certainly, is hold a march annually. I think it’s going to be a successful event, and we’d like to continue that success each year just to advocate for science on a regular basis. Also, following the march . . . we’ll have a science expo, and this will be roughly 80 different booths, various vendors, just advocating for science communication and education. We’re hoping to have several interactive demos for children and families, to kind of funnel the post-march energy into something productive.

Once we see how this event goes, we’ll definitely consider doing a lot more events like that throughout the year.