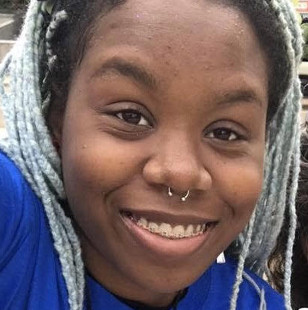 COURTESY OF SYDNEY BRYANTNext month’s March for Science in Memphis, Tennessee, is not the first demonstration that student/activist Sydney Bryant has helped organize in her home city. But it will be the one most closely aligned with her career interests. Having begun her undergraduate studies in marine biology at Nova Southeastern University in Fort Lauderdale, Florida, Bryant aspires to become a coral reef ecologist. “As a kid I used to watch Animal Planet all the time,” she told The Scientist. “It was just very fascinating to me.”

In the meantime, she has been organizing for social justice causes in her community.

The Scientist: How and why did you first become involved in organizing a satellite march?

Sydney Bryant: I want to show the people here in Memphis that [showing support for science] is very important. I first heard about the March for Science from one of my...

We have tons of lead in our water and soil. . . . A lot of people here don’t really know about it. And a way for us to tell a lot of people here in Memphis [about the issue] is the science march—to just bring awareness to some of the things going on, and teaching [citizens] what they can do.

TS: What has your planning involved so far?

SB: So far we’re planning a teach-in at the end of the march, where we connect different grassroots organizations to share what they do in Memphis, how it benefits the city, and how it connects to science.

TS: How else do you and your co-organizers intend to show support for “science” with the events you’re organizing?

SB: We also have a group here called Clean Memphis that goes into schools and teaches kids about science; they test the water and do science projects with the students. Just little ways to connect [science] to activism and show that these things are important to us. Science is needed for us to do this work. We want to bridge the gap between scientists, activists, and common people.

SB: There have been scientists from different areas in Memphis that really want to help, but they don’t know anything about activism. So we are trying to teach them . . . in a way that will benefit us both.

TS: How are you showing scientists who are new to advocacy how they can become involved?

SB: We have an open exchange. . . . A lot of people are afraid to be involved in activism if they’re scientists because they could potentially lose their jobs. We’re trying to have an open conversation with them so they can be more vocal.

TS: How will you and your co-organizers measure the success of the events you’re planning?

TS: Do you have any advice for others who are interested in planning similar events where they live?

SB: Get connected to the people in their areas that are already doing social justice work. If they’re not used to organizing, or they’re new to activism, there’s no right way: just make sure you do what you can to help people.

Editor’s note (March 27): Following publication of this article, The Scientist received an email from Daniel Bastardo Blanco, a graduate student at the University of Tennessee Health Science Center, who described infighting among co-organizers of the March for Science being planned for Memphis. “Ms. Bryant’s perspective that local scientists know nothing about activism and that somehow Ms. Bryant and friends are teaching us about it did not sit well with the local scientific community,” he wrote, alleging that Bryant and other co-organizers would not agree to refrain from partisanship in their planning, leading some co-organizers to resign their volunteer duties. “I thank you for having dedicated an article of The Scientist to Memphis. It is unfortunate, though, that the interviewee is not someone who actually represents the scientific community of Memphis or the spirit with which the March for Science Memphis was originally conceived,” Bastardo Blanco wrote.

Bryant has not yet responded to The Scientist’s request for additional comment.

Editor’s note (March 30): Responding to follow-up requests from The Scientist, Bryant wrote that, in planning next month’s march, she and the other co-organizers “have never advocated for any politician or political party.” Additionally, she confirmed that some volunteers had left their positions. “Our disagreements were about the centering of the march. We (the current organizers) want to center marginalized people and uplift diversity, inclusion, and accessibility,” Bryant said. “I wholeheartedly believe every march should be highlighting these issues.”

BuzzFeed News has more on the March for Science’s considerations of diversity and nonpartisanship.