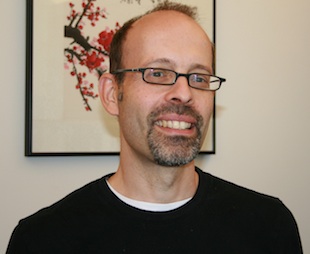 WASHINGTON UNIVERSITY IN ST. LOUISSince Zika virus emerged in the Americas, researchers have been working to pin down how the virus affects pregnant mothers and is transmitted between hosts. As results have come in, it has become increasingly clear that the virus infects a variety of tissues other than the brain (where Zika infection is associated with microcephaly in infants, among other things), turning up in the eye and in semen, underscoring the need to assess the virus’s impacts throughout the body.

A new study in mice provides some of the clearest data to date on how the virus might affect the male reproductive tract. The report, from virologist Michael Diamond and colleagues at the Washington University School of Medicine in St. Louis, follows the progressive invasion of Zika virus into the testes of mice over several weeks. The researchers found evidence for substantial tissue damage to...

The Scientist: What was previously known about Zika in the male reproductive system?

Michael Diamond: We don’t know exactly where sexual transmission fits into the scheme of the bigger [picture of Zika virus] epidemiology. We think it’s small relative to mosquito transmission, but it does certainly contribute in some way to the number of cases. It was known in humans that . . . sexual transmission [is possible]. The virus was identified in seminal fluid and, more recently, in sperm, and it’s been shown to persist for weeks to months in individuals. . . . We had identified—a few months ago, in mouse models—that the virus also infected the testes and infected tissues of the reproductive tract.

We didn’t exactly know, for example, what part of the male reproductive tract was having most of the infection, what cells were the cells that started the process, and what was the consequence.

TS: The testes are different from most parts of the body in that they’re “immune privileged.” Can you describe what that means and why it’s important for studying Zika?

MD: We are not born with sperm, as male babies, we have nascent testes, so your immune system is not tolerized to antigens that might be in sperm because they’re not present in early development. It’s possible the immune system would see sperm as foreign [and] attack the sperm and get rid of them. . . . The blood-testes barrier, a series of tight junctions made by Sertoli cells, prohibits the free movement of immune cells to the testes.

[Infections in] areas where there are what we call “immune sanctuary sites” are more difficult to eliminate by the immune system—for example, the eye, which is protected by the blood-retinal barrier, and the brain. Viruses that can go there and infect those places could have the potential to persist for substantially longer periods of time.

TS: Let’s walk through the timeline of infection that you and your colleagues observed in the reproductive tracts of male mice.

MD: One week after infection, you couldn’t tell the difference between an infected and uninfected teste at the macroscopic level. When you looked microscopically, there was evidence of inflammation in one area, but otherwise, from a standpoint of anatomy, it looked quite good. When we looked for the virus, there were high levels of virus in two classes of cells: one was the spermatogonia, which are like the stem cells of sperm, and the other was the Sertoli cells.

By day 14, we began to see significant injury to the testes, meaning that some of the architecture was lost both at the macroscopic and microscopic level. The testes were smaller and we began to see damage to the seminiferous tubules and high levels of virus in additional cells. We could see sperm that were directly infected. We continued to see inflammation, and we began to see breakdown of the blood-testes barrier.

By day 21, the testes were much smaller. . . . We saw enormous amounts of microscopic damage, still we saw virus there, and we saw significant damage to the blood-testes barrier.

By day 42, not much had changed. Once you cause this kind of massive-scale damage, the testes really don’t have the means to regenerate like you would if you had a cut in your skin. This is a very sophisticated architectural network, and we’re also knocking off stem cells. Between day 21 and 42, we looked at sperm counts, hormone levels, and also relative fertility—we saw drops in all of them.

TS: Is the damage permanent? What might this mean for future fertility?

MD: We don’t know—we’re still following mice longitudinally. . . . We don’t know the exact numbers for mice, but in humans, you can drop your sperm count significantly and still be fertile.

TS: What does this study say about the potential effects of Zika on human male fertility?

MD: I think this is an important finding [in mice], but this has to be tested in humans. . . . This virus is from a class of viruses that causes cell death in a lot of cells, so it’s not hard to extrapolate that if you had a lot of virus in a tissue for a long period of time, then cells would die. That said, we absolutely don’t know what the extent of this will be in humans. . . . The only way to find out is to track men longitudinally.

If [this finding] does translate into humans, once there are drugs available or vaccines available, you may want to target men as well as women—obviously the key population everyone is focused on is women, but if it turns out men are getting persistent infections and getting damage, then that population would need to be evaluated as well.