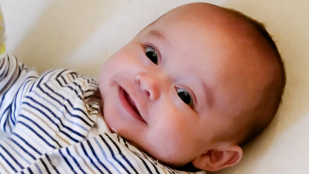 Wikimedia, VoiceboksBabies with genetic disorders can now have their whole genome screened in just two days, an improvement that could help physicians quickly solve harrowing medical mysteries, according to a report this week (October 3) in Science Translational Medicine.

Approximately one third of the newborns admitted to neonatal intensive care units have a genetic disease, but at the moment it’s difficult to pinpoint the root causes of their symptoms. Available clinical tests can detect only some of the 3,500 known monogenic disorders, and although whole genome sequencing could do the job, it has always been too expensive and time-consuming to be suitable for use in the hospital.

Now, researchers at Children’s Mercy Hospital in Kansas City, Missouri, have developed a streamlined diagnosis system designed for physicians. Here’s how it works. Physicians select descriptions of symptoms from a drop-down menu, from which software compiles a list of potentially suspect genes....

When researchers used the tool to analyse the genomes of 5 children with undiagnosed diseases, it found definite or likely causative mutations in four of them, though none affected treatment decisions.

Elizabeth Worthey, a genomic scientist at the Medical College of Wisconsin in Milwaukee, predicts that many hospitals will find ways to use sequencing technologies to diagnose seriously ill babies. “All pretty big medical centers will be considering whether they can implement this within the next year,” she told Nature.