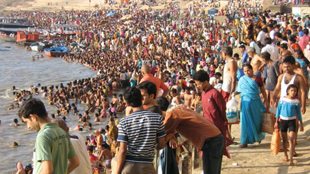 The human global population recently exploded, growing from a few million people 10,000 years ago to an estimated 7 billion today. That’s at least three orders of magnitude within fewer than 400 generations. Now, researchers at Cornell University say this explosive growth was accompanied by a dramatic increase in the number of rare gene variants in the human population, a fact that could significantly affect genetic models of human populations.

Using a sample of 10,000 individuals, the researchers detected rare genetic variants far more frequently than previous studies, which used samples with 62 or fewer individuals or did not account for the recent increased rate of population growth, according to a Cornell press release.

“We hypothesize that the very different results are mostly due to differences in sample size,” the researchers wrote in their paper, published yesterday (May 10) in Science. “To shed further...

The newly identified increase in rare gene variants could play a role in complex disease risk, the authors noted. That makes it important for disease-gene association studies modeling the genetics of complex traits to accommodate this recent, rapid human population growth, they argued.