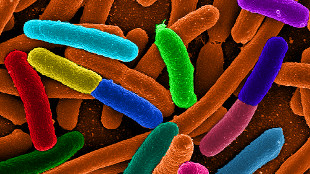 Oral, skin, and fecal bacteria from the Yanomami, an Amazonian tribe with no previously recorded contact with Western peoples, display incredible diversity, including antibiotic-resistance genes that evade manmade medicines the tribe has most likely never been exposed to, according to a study published today (April 17) in Science Advances.

In 2009, Venezuelan scientists visited the tribe for the first time and administered health treatments. At the time, 34 villagers between the ages of four and 50 consented to providing skin, oral, and/or fecal samples. Researchers from New York University, the Icahn School of Medicine at Mount Sinai, also in New York City, and the Washington University School of Medicine in St. Louis, among other institutions then analyzed the genes of the bacteria in the samples to determine species and genetic diversity.

By comparing the bacterial species and genetic diversity in the microbiomes of the Yanomami to samples...

“Perhaps even minimal exposure to modern practices . . . can result in a drastic loss of bacterial diversity,” study coauthor Jose Clemente of the Icahn School of Medicine said during a press conference.

The study’s largest surprise was that the oral and fecal microbiomes contained resistance genes that could be effective against modern synthetic medicines, including antibiotics of last resort, such as third and fourth generation cephalosporins. E. coli from the fecal samples were susceptible to 23 modern antibiotics, but their genomes contained functional resistance genes, the researchers reported.

“Antibiotic resistance is indeed a natural feature of the human microbiota [that is] primed to be activated and amplified for greater resistance after antibiotic use,” study coauthor Gautam Dantas of Washington University said during the press conference.

“It was alarming to find genes from the tribespeople that would deactivate these modern, synthetic drugs,” Dantas added in a statement.