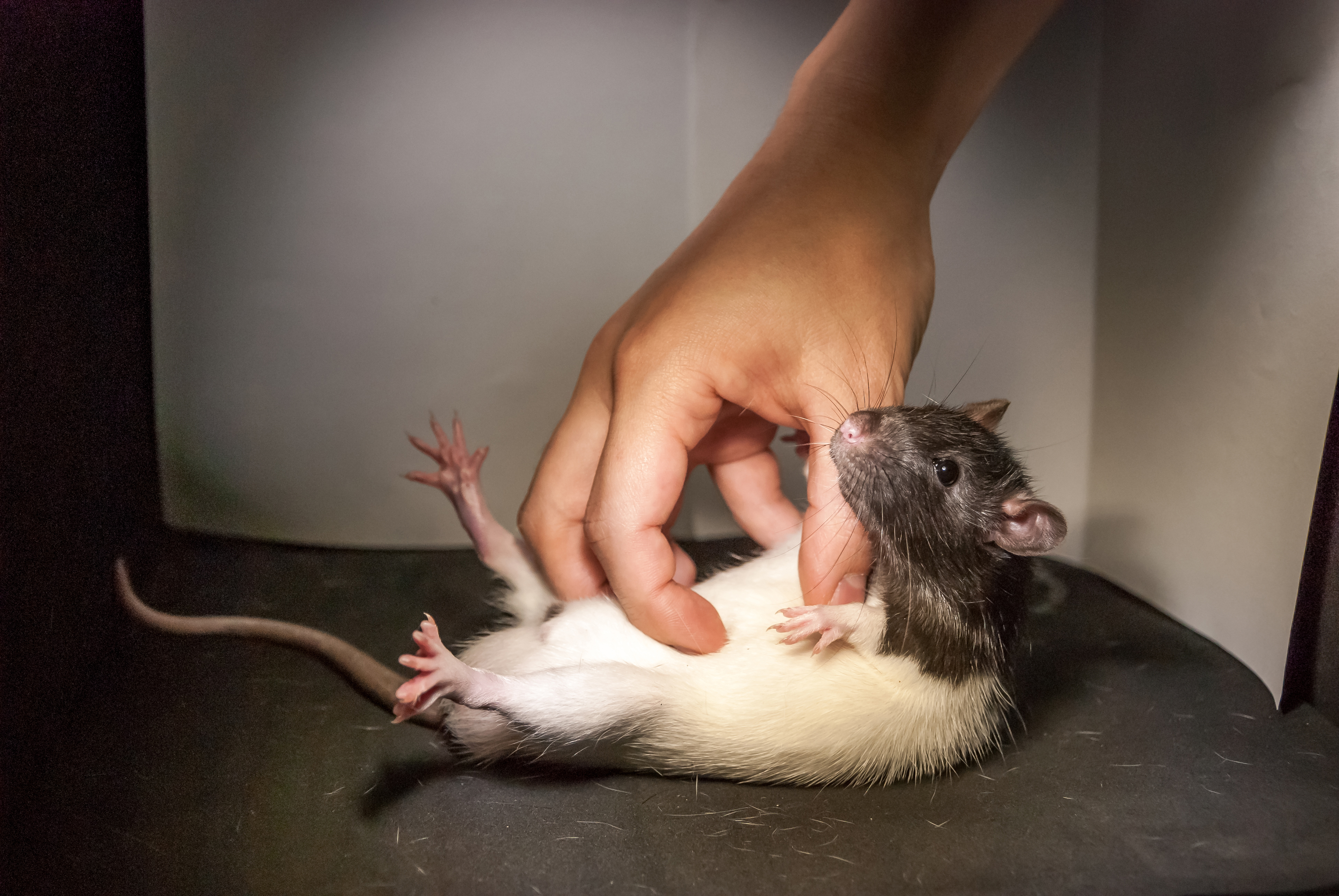 SCIENCE, SHIMPEI ISHIYAMA & MICHAEL BRECHTRats are ticklish, according to a study published in Science last week (November 11). As part of an attempt to pinpoint the brain regions responsible for uncontrollable laughter, over the course of three years, researchers tickled rats and monitored the rodents’ brain waves. They found that, as long as the rats were in the right frame of mind, they would squeak, jump, and lose control in response to being tickled. “It’s truly innovative and groundbreaking,” Jeffrey Burgdorf, a neuroscientist at Northwestern University in Evanston, Illinois, who was not involved in the study, told STAT News. “It takes the study of emotion to a new level.”

There are other ticklish animals out there—dogs and chimps, for instance—but rats are the easiest to handle in a laboratory setting. Neuroscientists Michael Brecht and Shimpei Ishiyama of the Bernstein Center for Computational Neuroscience Berlin implanted...

But when they tried to tickle those same rats under more-trying conditions—on an elevated platform, with a bright light offending the nocturnal rodents’ eyes—the rats barely responded to the tickling. This implies a possible link between somatosensory cortex deactivation and fear, the authors wrote. Meanwhile, Brecht said that the next step is figuring out why rats—and humans—cannot tickle themselves. “I think the tickle response is profoundly social,” he told New Scientist. “Aimed at others, not yourself.”