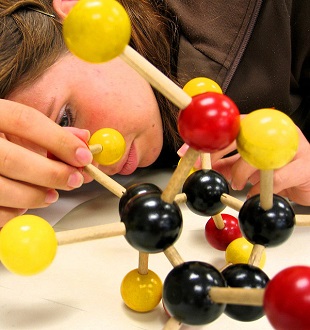 FLICKR, ARIANA ROSE TAYLOR-STANLEYSince the beginning of the recession, college freshmen have been more likely to enroll in science, technology, engineering, and mathematics (STEM) fields, and engineering and biology in particular, according to survey results presented at the American Educational Research Association annual meeting held in Philadelphia last week (April 5). Jerry Jacobs of the University of Pennsylvania and Linda Sax of the University of California,Los Angeles (UCLA), studied intended majors of new undergraduate students at four-year universities based on the Freshman Survey of the Cooperative Institutional Research Program as well as a larger survey of freshmen conducted by UCLA.

From 1997 to 2005, the rate of freshmen planning on enrolling in STEM fields fell to a low of 20.7 percent, the researchers found. Between 2007 and 2011, however, freshmen with anticipated STEM majors rose from 21.1 percent to 28.2 percent, Inside Higher Ed reported. Engineering saw the largest...