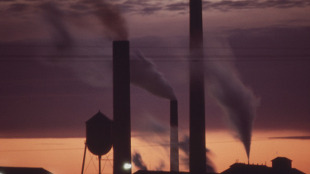 Wikimedia, U.S. National Archives and Records AdministrationThe heat-capturing greenhouse gases that cause global warming soared to a record high of 390.9 parts per million in the planet’s atmosphere during 2011, according to the World Meteorological Organization’s (WMO) annual Greenhouse Gas Bulletin, released this week (November 20). The level of the most abundant gas, carbon dioxide—which accounts for 85 percent of warming—is now 40 percent higher than it was in 1750, the hazy dawn of the industrial revolution.

“These billions of tonnes of additional carbon dioxide in our atmosphere will remain there for centuries, causing our planet to warm further and impacting on all aspects of life on earth,” the WMO Secretary-General Michel Jarraud said in a statement. “Future emissions will only compound the situation.”

Though carbon dioxide—primarily released during fuel combustion—is the biggest culprit behind warming, other greenhouse gases are also rising. The level of methane in...

So far, carbon sinks, such as oceans and soils, have taken up nearly half of the carbon dioxide released into the atmosphere by human activity, but this may not always be the case, Jarraud warned. “We have already seen that the oceans are becoming more acidic as a result of the carbon dioxide uptake, with potential repercussions for the underwater food chain and coral reefs,” he explained. “There are many additional interactions between greenhouse gases, Earth’s biosphere and oceans, and we need to boost our monitoring capability and scientific knowledge in order to better understand these.”