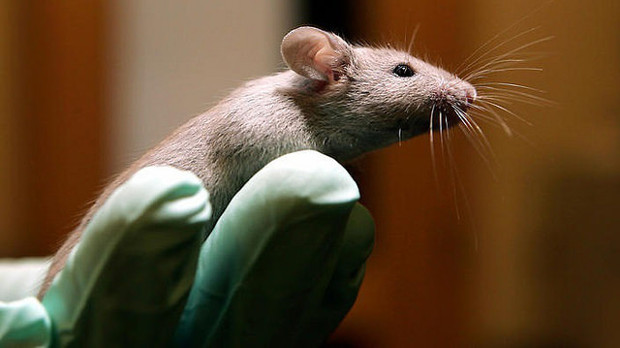 FLICKR, DAY DONALDSONMice genetically engineered to exhibit Alzheimer’s disease-like symptoms quickly forget a learned association between an environment and a painful stimulus, such as a foot shock. But using light to stimulate cells of the hippocampus, where short-term memories are encoded, MIT’s Susumu Tonegawa and colleagues could seemingly reinstate the environment-triggered fear in those forgetful mice, according to a study published last week (March 16) in Nature.

“Even if a memory seems to be gone, it is still there,” Tonegawa told The Washington Post. “It’s a matter of how to retrieve it.” The researchers speculate that the neural stimulation prompted the hippocampal neurons to regrow dendritic spines and reestablish connections with other neurons.

The findings have “shattered a 20-year paradigm of how we’re thinking about the disease,” Harvard neurology professor Rudy Tanzi, who was not involved in the research, told the Boston Herald.

While the optogenetic technique used in the study...