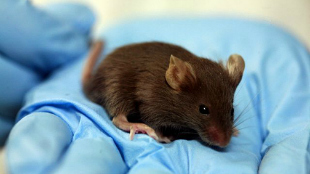 WIKIMEDIA, RAMAWhen treated with a gene therapy, a mouse model of methylmalonic acidemia—an uncommon metabolism deficiency—responds well. But although the mice’s metabolic problems, and their related untoward effects, are reduced, the animals end up with an increased risk for liver cancer. A study published in the Journal of Clinical Investigation this week (January 20) finds that the gene therapy delivery vector’s insertion in the mouse genome appears to be responsible.

It turned out that when National Institutes of Health researchers moved the insertion site to another part of the genome, the mice no longer developed cancer at the higher rates.

“Most of the AAV [adeno-associated virus] integrations that caused liver cancer landed in a gene that is not found in the human genome, which suggests that the cancers we observed after AAV gene therapy may have been a mouse-specific phenomenon,” said lead author Randy Chandler in a press...

The initial insertion in a locus called Rian led to the overexpression of certain microRNAs. Switching up vectors so that the therapeutic gene would incorporate elsewhere in the genome appeared to solve the problem.

As the authors wrote in their report: “Although experiments in small animals do not always accurately predict clinical outcomes, the genotoxicity we have observed with various AAV vectors warrants concern about the possibility of insertional mutagenesis following AAV gene delivery in humans.”