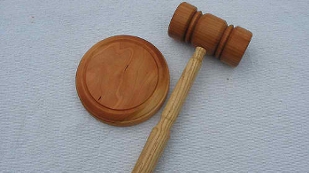 What should happen to scientists found guilty of research misconduct? They are often banned from receiving government funding for a period and sometimes fired from their university positions, but what then? According to one ethicist, rehabilitation is an option.

Incidences of fraud and fabrication, or at least the number of scientists that get caught for such offenses, are on the rise. The Office of Research Integrity (ORI) received 419 accusations in 2012, almost double the number they received the year before, the agency’s director David Wright told Nature. Plenty of ink is spilled on the details of the cases, but there is little focus on how to deal with the guilty scientists.

That’s why James DuBois, an ethicist at St. Louis University, has setup a rehab program called RePAIR (Restoring Professionalism and Integrity in Research), which offers ethics training in an attempt to reform offenders. “Sometimes...

Developed with a grant of $500,000 from the National Institutes of Health, the 3-day course first focuses on “self-serving biases” and what led the participants to breach ethical practices. Then it gets participants to discuss their transgressions and ways they can promote ethical decision making in future. Finally, management plans are drawn up to prevent the researchers falling back into old habits, including follow-up meetings with the RePAIR team after the course to check on progress. If the course is completed properly, participants receive a certificate from RePAIR.

Some are not completely convinced, however. Nicholas Steneck, an ethicist at the University of Michigan in Ann Arbor, who is broadly supportive of RePAIR’s objectives, told Nature that he wonders if the money might be better spent on measures that prevent misconduct in the first place.