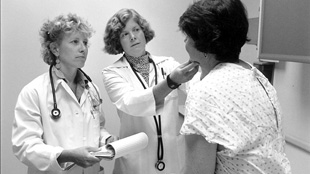 A Presidential Commission investigating current regulations of federally funded research involving human subjects found that while the regulations currently in place are adequate, improvements can be made to how the federal government oversees such research around the globe. In their final report, released today (Dec 15), the commission suggested that to keep track of the more than 55,000 research projects using human subjects, the federal government should create a central online portal and database where basic information about the projects are archived and made easily accessible.

President Obama called for this investigation shortly after details of US-funded experiments in Guatemala in the 1940s involving the infection of more than 1,500 people with sexually transmitted diseases without their consent surfaced in the fall of 2010. The goal of the investigation was to both look into the 1940s Guatemalan experiments as well as to ensure that human...

“The Commission is confident that what happened in Guatemala in the 1940s could not happen today,” Amy Gutmann, president of the University of Pennsylvania and head of the commission, said in a press release.  “However, it is also clear that improvements can be made to protect human subjects going forward.”