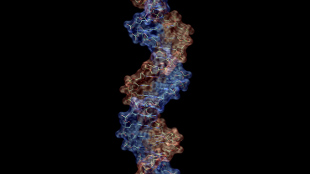 FLICKR, YNSE“Gene drive” is a phenomenon that causes a gene to be inherited at a rate faster than Mendelian principles would dictate. It relies on genes that can copy themselves onto a corresponding location in a paired chromosome, thereby overriding typical allele inheritance patterns. In conjunction with CRISPR/Cas9, gene drives can be created with almost any DNA sequence, raising questions about the risk of engineered genes spreading quickly through a population. But a team of researchers from Harvard University published a study this week (November 16) in Nature Biology that offers some safety constraints on the system.

A description of the first CRISPR/Cas9 gene drive system was published in March by a team at the University of California, San Diego, and showed rapid spreading of a normally recessive phenotype in Drosophila. Other labs are researching the system’s potential to wipe out insect-borne diseases such as malaria by spreading...

“We have a responsibility to keep our experiments confined to the laboratory,” Kevin Esvelt, an evolutionary engineer and coauthor on the paper, told Nature. “The basic lesson is: if you don’t have to build a gene drive that can spread through a wild population, then don’t.”

Esvelt’s team developed safety protocols—ways to prevent or reverse a released gene drive—using the yeast Saccharomyces cerevisia. One technique genetically separates the components necessary to create a gene drive, putting one half directly in the yeast genome and the other half on an external strand of DNA. The researchers also developed a method that uses one gene drive to overwrite the effects of another.

While these techniques are intended to stem the potential for gene drives in light of safety concerns, Esvelt told Nature that he hopes the scientific community will thoughtfully evaluate gene drives rather than dismiss them. “Should we use gene drive to eliminate malaria? Should we use it to replace broadly toxic insecticides? These questions all have to be considered separately,” he told Nature. “This paper is really about making sure we don’t blow it in the meantime and obviate the chance to talk about all of this.”