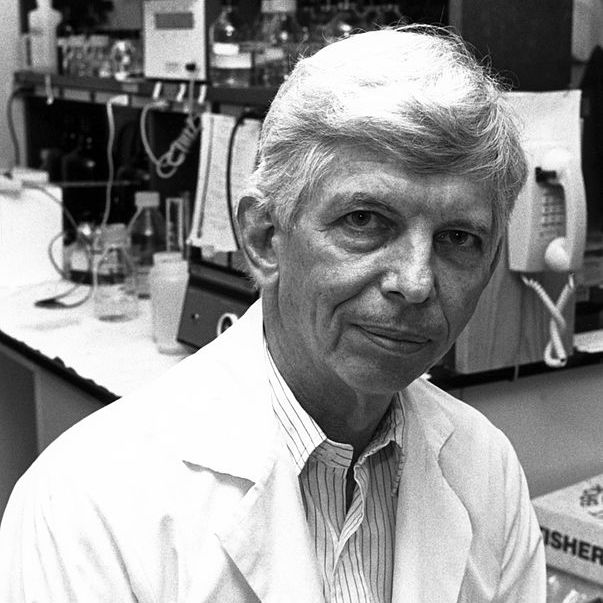 WIKIMEDIA,  NATIONAL CANCER INSTITUTEAlfred Knudson, best known for revealing through mathematics how cancers emerge, died July 10, according to a statement by the Fox Chase Cancer Center in Philadelphia. His wife, Anna Meadows, told the The Washington Post that he had heart ailments and dementia. He was 93.

In 1971, Knudson published an article that unlocked a key question in oncology: How does cancer begin? By analyzing the distribution of children with retinoblastoma—a rare cancer of the eye—with a statistical model, he devised what came to be known as the “two-hit” hypothesis.

The cancer arose when a tumor suppressor gene had undergone two mutations. This explained the two major types of retinoblastoma patients. Some children had inherited one mutation, the first hit, from their healthy parents and, being predisposed, developed multiple tumors in both eyes when radiation of a replication mistake introduced another mutation—the second hit. But...

“He proposed the two-hit hypothesis many years before the molecular technologies needed to experimentally test and confirm it were even available,” Margaret Foti of the American Association for Cancer Research (AACR) said in a statement.

Knudson received the 1998 Albert Lasker Clinical Medical Research Award and the 2013 AACR Award for Lifetime Achievement in Cancer Research. In 2004, he won the Kyoto Prize in recognition of his work that “opened a new horizon in modern cancer genetics and played a pivotal role in the major developments” of cancer research, ABC News reported.

“He was such a mentor to all of us. He trained us in how to think about cancer,” Jonathan Chernoff, an oncologist at Fox Chase, said in the statement.

Knudson had worked at the National Cancer Institute’s Fox Chase center since 1976; he was the institute’s president from 1980 to 1982.

Knudson is survived by his wife, three daughters, three step-children, and several grandchildren and great grandchildren.