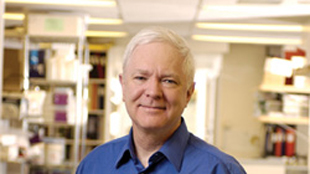 Courtesy of Mount Sinai HospitalTony Pawson, a luminary in the field of cell biology, died Wednesday (August 7) of an undisclosed cause at the age of 60. Pawson, a professor at the University of Toronto and a molecular geneticist at Mount Sinai Hospital's Lunenfeld-Tanenbaum Research Institute in Toronto, was best known for his work to elucidate the secret language of cells. In 1990, his team was the first to report the specific protein interactions underlying cellular signal transduction.

“He revolutionized our understanding of cell signaling and his brilliant work has no doubt saved many lives and will continue to do so,” Christine Williams, vice president of research at the Canadian Cancer Society, told The Toronto Star.

Pawson’s discoveries have played an important role in the development of drugs such as the commonly used leukemia drug Gleevec, which targets and inactivates the signaling molecule tyrosine kinase that causes cells to...

Michael Wosnick, former head of research at the Cancer Society, called Pawson’s passing a “huge loss” for the global scientific community, and for Canada. “One of the things he did for Canada, ironically, was stay in Canada,” Wosnick told The Globe and Mail. “This is a guy who could have written his own ticket anywhere . . . and the fact that he chose to stay here speaks volumes.”

The British-born Canadian received numerous awards, including the Kyoto Prize in 2008. He was also honored with the Wolf Prize in Medicine and the Gairdner Foundation International Award.

“We were anticipating one day a Nobel Prize for this guy,” Mr. Wosnick told The Globe and Mail. “Tony certainly would have been the odds-on favorite to be the next Canadian [to win].”

Pawson is survived by two adult children and a stepson.

Read more about Pawson in a 2010 profile by The Scientist.