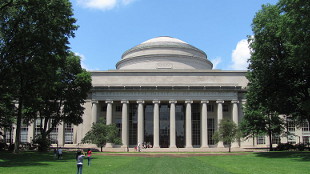 MIT Building 10 and the Great Dome, Cambridge MassachusettsWIKIMEDIA, JOHN PHELANA leading cancer researcher at the Massachusetts Institute of Technology, Robert Weinberg, has retracted a study published in 2003 in Cancer Cell—which has been cited 233 times, according to ISI Web of Knowledge—upon realizing that the study contained careless errors. The authors claim that the retraction is not meant to negate the conclusions of the study, rather it’s meant to purge the literature of the inaccurate data presentation, according to a notice they published on the journal’s website.

“Although we stand by the conclusions of the paper and intend to provide support for them in future publications, the inappropriate presentation did not and does not fall within the bounds of acceptable scienti?c practice,” the authors wrote in the notice. “Accordingly, we are retracting the paper in its entirety.”

The statement also noted that one of the original...

In a statement provided to Retraction Watch, Weinberg elaborated on the publication’s errors, emphasizing that they were not due to misconduct. “These errors occurred during the (electronic) assembly of the figures, with internal loading controls being misassembled with the incorrect experimental channels,” Weinberg said. “There was not and is not any indication of scientific misconduct, simply inadvertent sloppiness in the last minute assembly of these figures.”

Weinberg is one of the most renowned and highly cited cancer researchers in the world, and many of his publications have been cited upwards of 1,000 times.