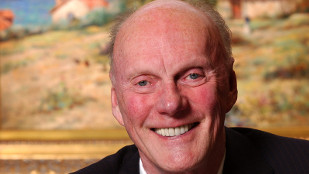 THE KAVLI FOUNDATION, DAN DRYFred Kavli, who in 2000 founded a nonprofit to support scientific research, died Thursday (November 21), a year after having been diagnosed with cholangiocarcinoma. He was 86.

In a statement, The Kavli Foundation honored its founder, a trained physicist, eager entrepreneur, and devout philanthropist. Kavli is known for his many contributions to astrophysics, nanoscience, neuroscience, and theoretical physics, as well as for his role in launching the biennial Kavli Prizes, which laud scientists for their advances in related fields of study.

“This is a painful loss for the Foundation and for all of science,” Vice Chairman Rockell Hankin said in the statement. “We will carry forward this mission with the same commitment and dedication that he gave to science and his life,” added Robert Conn, Kavli Foundation president.

Born in Norway in 1927, Kavli studied physics at what’s now known as the Norwegian...

“I don’t know if there’s anyone else like him,” the National Academy of Sciences’ Ralph Cicerone told the Los Angeles Times in 2008. “He’s really investing in pure science, [and] he's got a very long-term view.”

According to the foundation, Kavli is survived by two children, as well as nine nieces and nephews.