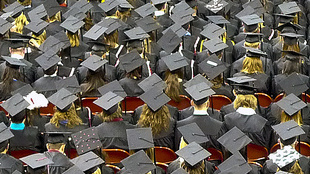 FLICKR, JOHN WALKERWhile many have pointed out the flaws of a biomedical research workforce supported largely by students, postdocs, adjunct faculty, and a near-flat federal budget, four prominent academics outline in PNAS this week (April 14) ways in which the system might be fixed.

“The long-held but erroneous assumption of never-ending rapid growth in biomedical science has created an unsustainable hypercompetitive system that is discouraging even the most outstanding prospective students from entering our profession—and making it difficult for seasoned investigators to produce their best work,” wrote Bruce Alberts from the University of California, San Francisco, Harvard Medical School’s Marc Kirschner, Shirley Tilghman from Princeton University, and the National Cancer Institute’s Harold Varmus.

Among the authors’ propositions is to reduce the number of biomedical PhD trainees entering the system, and to support those graduate students that do pursue doctoral degrees in the life sciences with training grants,...

As The Chronicle of Higher Education’s The Ticker blog pointed out, that the decree is coauthored by Varmus could ensure that federal agencies take notice: “With Dr. Varmus among the authors, the NIH [National Institutes of Health] is making clear that despite the considerable inertia associated with turning the bow of such a large organization, the agency is sufficiently worried about the future health of biomedical research that it’s prepared to expand some efforts that universities may find uncomfortable and is considering making even more extensive overhauls.”