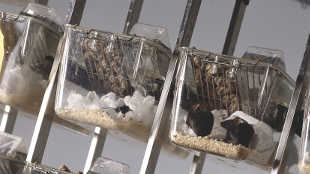 FLICKR, UNDERSTANDING ANIMAL RESEARCHGiven relatively steady increases in funding (the last 10 years aside) and the number of new papers published each year, the US biomedical research community might expect to see greater outcomes over the past half century—in terms of the numbers of new drugs approved, for example, or gains in life expectancy. But, according to a study published yesterday (August 17) in PNAS, the amount of science being done has not directly translated into public-health benefits.

“The idea of public support for biomedical research is to make lives better. But there is increasing friction in the system,” coauthor Arturo Casadevall, a microbiologist at Albert Einstein College of Medicine in New York City, said in a press release. “We are spending more money now just to get the same results we always have, and this is going to keep happening if we don’t fix things.”

“There is something wrong in the process, but there are no simple answers,” Bowen said in the release. “It may be a confluence of factors that are causing us not to be getting more bang for our buck.” These factors may include the pressure to publish high-impact papers, which could motivate researchers to cut corners or hype their results, and a rise in irreproducible studies, due to negligence or outright fraud.

“Our results are best interpreted as a cautionary tale,” Bowen and Casadevall wrote in their paper, and should “motivate new efforts to understand the parameters that influence the efficiency of science and its ability to translate discovery into practical applications.”