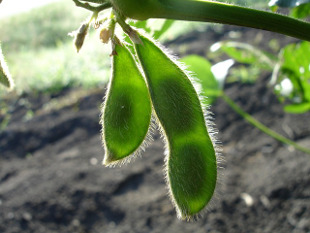 Farmers planted nearly 180 million hectares of GE crops worldwide in 2015, the committee reported. PIXABAY, JCESAR2015Members of the National Academies of Sciences, Engineering, and Medicine today (May 17) released a study examining more than three decades of research and commentaries on the environmental, health, social, and economic impacts of genetically engineered (GE) crops. The study authors, which make up the Committee on Genetically Engineered Crops: Past Experience and Future Prospects, also included details on the funders of a given study analyzed and whether it had been peer-reviewed. “This report is intended to provide an independent, objective examination of what has been learned since the introduction of GE crops, based on current evidence,” the group said in a statement.

By and large, the authors noted, it’s too soon to broadly declare the positive and negative impacts of any one GE crop, let alone all of them—which is, of...

“We received impassioned requests to give the public a simple, general, authoritative answer about GE crops,” the authors wrote in their report. “Given the complexity of GE issues, we did not see that as appropriate.”

“Once you or I conclude that GE crops are good or bad we look for more evidence to support our previous conclusion,” committee chair Fred Gould, a professor of entomology at North Carolina State University, said in a press release. “I hope that people looking for our report to support a pro or con position on GE crops will initially be very disappointed in our report, but that they will read further to understand why we didn’t come to simple conclusions.”

The authors did indicate, however, that GE crops appear as safe to consume as their conventionally bred counterparts and do not pose a greater risk to the environment. “The point clearly emerges that GE is neither a great evil, nor a panacea,” David Stern, president of the Boyce Thompson Institute for Plant Research in Ithaca, New York, who also was not involved in the work, said in the statement.

The committee also noted that GE crops do not seem to significantly increase yield over conventionally bred ones. Trade disruptions—the result of varying regulations on the farming and import of GE crops—are likely to persist, the committee concluded.

As for how the crops should be regulated, the group has called for a new system, one that “pays more attention to the attributes of the crop, as opposed to the way in which it was created,” The New York Times reported. Gould and colleagues wrote: “Emerging genetic technologies have blurred the distinction between genetic engineering and conventional plant breeding to the point where regulatory systems based on process are technically difficult to defend.”

In a statement sent to reporters, Portland State University’s David Ervin, who was not involved in the work, said this was a “major contribution” of the committee’s report. “The move to product characteristics would avert potential problems of not reviewing new crops made with new genome editing and synthetic biology techniques that may not trigger regulatory review under current procedures,” Ervin said. (See “The Unregulation of Biotech Crops,” The Scientist, November 25, 2015.)