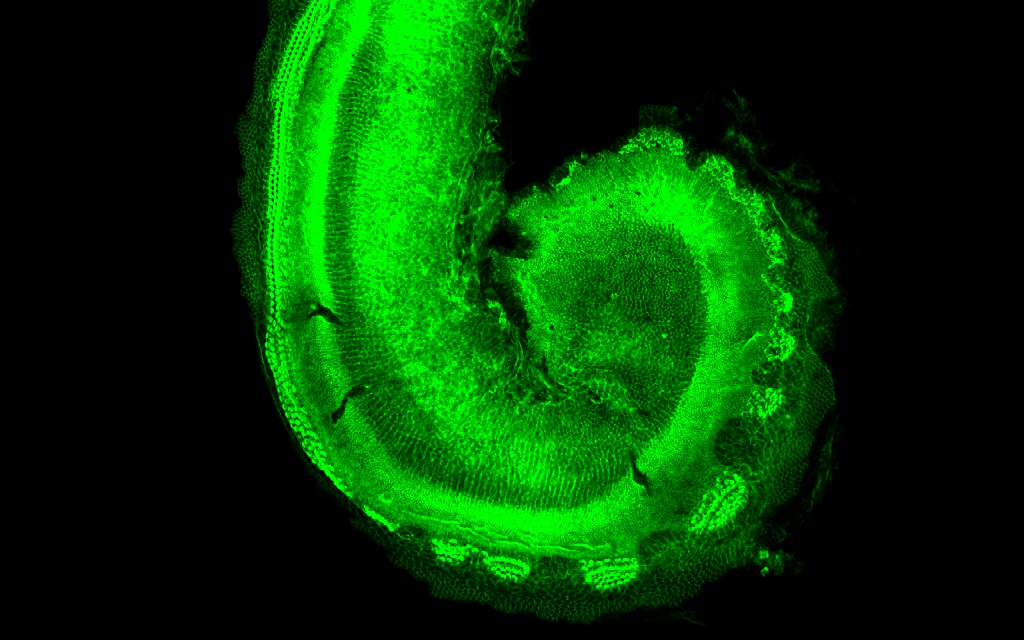 Cochlea showing hair cellsFLICKR, ELIFEWe’re born with about 15,000 hair cells within each of our inner ears. These specialized cells that detect sound waves and help us maintain balance. Throughout our lives, these cells become damaged, contributing to hearing loss. Unlike fish, birds, and reptiles, humans are incapable of regenerating these important cells.

But now, a February 21 study in Cell Reports describes an innovative method for regenerating large numbers of hair cells from mouse stem cells in vitro. “Hearing loss is a real problem as people get older,” said coauthor Robert Langer of MIT in a press release. “It’s very much of an unmet need, and this is an entirely new approach.”

Langer and colleagues built upon the results of a 2013 Neuron paper, in which a separate team described producing hair cells from mouse stem cells, but only in small quantities (to the tune of...

“We only need to promote the proliferation of these supporting cells,” said coauthor Jeffrey Karp of Brigham and Women’s Hospital in the statement. “And then the natural signaling cascade that exists in the body will drive a portion of those cells to become hair cells.”

The researchers demonstrated that the reprogramming technique works in mouse cells, non-human primate cells, and human cells. Langer and Karp have cofounded a company, Frequency Therapeutics, which intends to develop a chronic hearing loss treatment based on these findings, according to a press release.