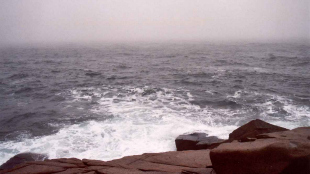 WIKIMEDIA, US FISH AND WILDLIFE SERVICEAfter allegedly colliding with a reef in waters near Taiwan, the Ocean Research V boat sunk last Friday (October 10). Of the 27 researchers onboard, two died, Hsu Shuh-chieh and Lin I-chun, according to AsiaOne.

The China Post, citing another outlet called Apple Daily, reported heroic efforts by Hsu to save his fellow passengers. “While the researchers were putting on life jackets, Hsu directed them out of the cabin and onto the deck, staying behind to check that everyone had left…The passengers, afraid of falling into the water, lay down on the deck. Hsu stood bent over below the crowd, to prevent anyone from slipping toward the stern…”

Hsu and Lin were identified as researchers at the Academia Sinica Research Center for Environmental Changes in Taiwan. According to the news report, Hsu was a leader in studying oceanic suspension microparticles and “his...

According to Focus Taiwan, the $47 million vessel belonged to the Ministry of Science and Technology’s National Applied Research Laboratories in Taiwan. “The eight-day mission was aimed at learning about the pollutants in the atmosphere and how they move through the air.” Nature News reported that the Ocean Research V included three labs, “sonar for seafloor mapping, multiple plankton samplers, and other devices for comprehensive ocean exploration.”