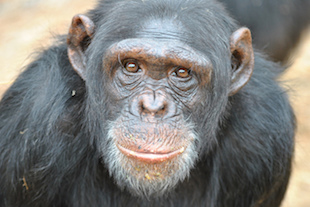 FLICKR, AFRIKA FORCEThe University of Louisiana at Lafayette’s New Iberia Research Center (NIRC) has announced plans to relocate 220 research chimpanzees to a 236-acre sanctuary in Blue Ridge, Georgia, run by the nonprofit Project Chimps. The move is part of a growing effort to phase out research on these animals.

“We’re making history here,” Sarah Baeckler Davis, Project Chimps cofounder, president, and CEO, said in the statement. “We’re thrilled to partner with NIRC on this retirement of so many chimpanzees. It’s an unprecedented collaboration and a momentous occasion for chimpanzees.”

The chimps will be transferred in small social groups over the course of three to five years, starting with 10 animals in June, Davis said.

In 2013, the National Institutes of Health announced plans to retire most of its research chimpanzees and phase out most research on the animals. Last June, the U.S. Fish and Wildlife Service reclassified all...

Among the animals being transferred to the sanctuary are the chimps Hercules and Leo, which were part of a two-year legal battle over animal rights. They were originally slated to go to Save the Chimps, a Fort Pierce, Florida–based nonprofit. Nevertheless, the move is “good news, and it should be celebrated,” Molly Polidoroff, executive director of Save the Chimps, told Science.