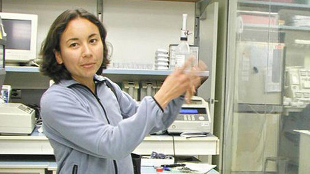 Melissa Ketunuti, killed tragically this week in PhiladelphiaThe Children’s Hospital of Philadelphia (CHOP) is mourning the loss of pediatrician and infectious disease fellow Melissa Ketunuti, 35, who was found dead Monday (January 21) strangled, bound, and set ablaze in the basement of her Center City home. “Melissa was a warm, caring, earnest, bright young woman with her whole future ahead of her,” Paul Offit, chief of the Division of Infectious Diseases, said in a statement from CHOP emailed to reporters. “But more than that, she was admired, respected, and loved by those with whom she worked here at CHOP. Her death will have a profound impact on those who worked with her, and we will all miss her deeply.”

A 36-year-old man, Jason Smith, has reportedly confessed the crime to Philadelphia police, and is in prison awaiting trial. Police charged Smith with murder, arson, abuse of a corpse, and...

Philadelphia police homicide unit Captain James Clark said that Smith and Ketunuti had never met before but engaged in some sort of argument at the researcher’s home. The altercation escalated, and Smith struck Ketunuti, strangled her, and set her body on fire to try and destroy the evidence of his crime. “It’s very tragic,” Clark said in a press conference yesterday. “You have a young physician who dedicated her life to helping people and to die in this tragic manner, it’s very, very sad.”

Last night, Ketunuti’s CHOP colleagues held a vigil for their brutally murdered friend, walking the almost 2 miles from the hospital to her home and placing candles at her stoop.