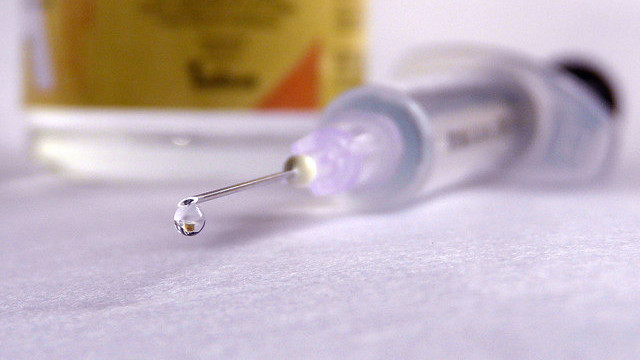 FLICKR, PARTHA S. SAHANALast month (November 11), a Japanese team of researchers published a study in Scientific Reports describing the negative outcomes suffered by mice given the vaccine for human papillomavirus (HPV). But researchers and doctors have criticized the study and are now calling for its retraction, Science reported.

The paper describes how vaccinated animals exhibited “neurological phenotypes,” including limited mobility, and suffered damage to the hypothalamus and other brain regions—effects the authors suggest may shed light on recent reports of the vaccine’s adverse effects in humans, similar to the symptoms of chronic fatigue syndrome. But “the mice received doses that were proportionally a thousand times greater than that given to people, along with a toxin that makes the blood-brain barrier leaky,” Science notes. “Basically, this is an utterly useless paper, a waste of precious animals,” David Gorski, a surgical oncologist at the Barbara Ann Karmanos Cancer Institute in...

The HPV vaccine, originally licensed in 2006, is now approved in more than 120 countries, and early surveillance has suggested that rates of cervical cancer, a disease linked to HPV, are already starting to decrease. But as complaints of various vaccine-associated symptoms—including headache, fatigue, pain, and difficulty walking—started to crop up, the rates of vaccination around the world, including in Japan, began to decline.

In June 2013, after several Japanese media outlets covered the reported side effects, the health ministry stopped recommending that women receive the HPV vaccine and requested an investigation into its benefits and risks. Even after an investigative panel found no evidence that the vaccine was causing the adverse events, however, Japan’s health ministry never restored its “proactive recommendation,” Science reported, and vaccination rates in the country have continued to drop.

The new study adds fuel to this anti-vax fire. Vaccinating mice with larger doses while treating them with a pertussis toxin to help the vaccine reach the central nervous system, Toshihiro Nakajima of Tokyo Medical University and colleagues found that the mice suffered impaired mobility and tail movement as well as brain damage and abnormalities. In response, researchers have sent a pair of letters to Scientific Reports and its publisher, the Nature Publishing Group, criticizing the study’s methodology for its “gross over dosage and manipulation” and its lack of “adequate controls to control for bias,” Science reported.

Nakajima defended his work writing in an email to Science: “Our manuscript was formally published after an intensive scientific review done by reviewers and by the editorial board of Scientific Reports.” Regarding the dose, he added, “this is just the first paper and dose-dependency could be one of the interesting experiments in the future.”