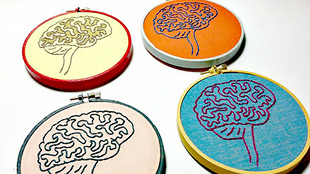 For tasks testing memory and arithmetic skills—each completed by around 127,000 to 162,000 users who took a lifestyle survey—the researchers found that high performance correlated with drinking one or two alcoholic beverages per day and sleeping around 7 hours a night.

The researchers also analyzed data from the subset of users who completed individual tasks at least 25 times, in order to measure the relationship between learning ability and age. Around 23,000 to 107,000 users per task qualified as repeat users. While all age groups improved on the tasks the more they did them, younger users tended to show greater improvement. Differences...

Lumos scientist Daniel Sternberg told Nature that his company’s dataset offers an advantage over most psychological studies, which rely on university students rather than drawing from users of many ages. In total, the site has had 35 million users who have completed more than 600 million cognitive training tasks.

“There are many other interesting questions that other researchers could answer by using this dataset,” Sternberg said to Nature. “This is just the tip of the iceberg.”