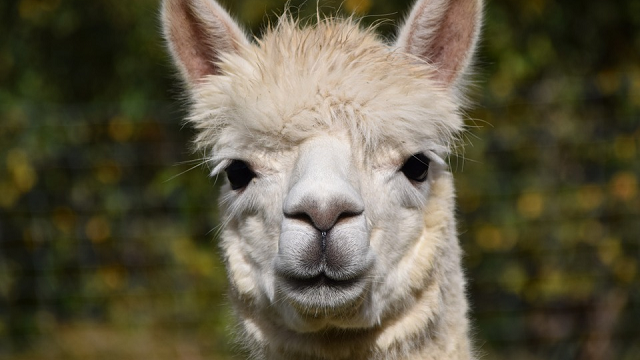 PIXABAY, ULLEOCamelids such as camels, llamas, and alpacas make an unusual class of antibodies with a growing number of applications in biomedical science. But researchers wanting to use those antibodies currently have to go through a lengthy and expensive procedure to extract them, limiting the molecules’ use in the lab. Now, a team of US researchers have devised a way to produce the same antibodies in yeast instead, allowing the molecules to be made and identified quickly and cheaply. The findings were published Monday (February 12) in Nature Structural and Molecular Biology.

“There’s a real need for something like this,” study coauthor Andrew Kruse, a biophysicist at Harvard Medical School, says in a statement. “It’s low-tech, it’s a low time investment and it has a high likelihood of success for most proteins. . . . People who have struggled to nail down their protein structures for years...

In addition to conventional mammalian antibodies, which contain two heavy and two light molecular chains, camelids produce a second set of antibodies made up only of heavy chains. The binding sites of these molecules are known as nanobodies, and, thanks to their smaller size, can bind to otherwise inaccessible parts of proteins. Researchers use the molecules to stabilize a number of peptides of biomedical interest.

Current methods to obtain these unusual antibodies are impractical, requiring immunization of an actual camelid and extraction of the antibodies from the blood. “How many camels are there around?” Tom Moran, the director of the Center for Therapeutic Antibody Development at Mount Sinai’s Icahn School of Medicine who was not involved in the work, tells STAT News. “Yeah, I think that’s a real pain.”

The new method, by contrast, produces the nanobodies using yeast cells in vitro. Using the DNA sequences of camelid nanobody genes, the team created a library of hundreds of millions of nanobodies, each variant attached to a different yeast cell. Then, they used fluorescent markers attached to target proteins to identify only the cells displaying nanobodies that would bind to a particular peptide. “If you have a target protein, there’s at least one nanobody in that pool that will bind to it with reasonably affinity,” Kruse tells STAT News. “It’s just a matter of finding it.”

Although not the only attempt to circumvent the need for a camel, the current approach is faster and more effective than previous methods, and is the first system made freely available for other research groups. “By making nanobody discovery quick and easy, we hope our platform will dramatically accelerate the potential applications of this exciting technology,” study coauthor Conor McMahon of Harvard Medical School says in the statement. He adds: “Hopefully it will work as well or better so we won’t need llamas anymore.”