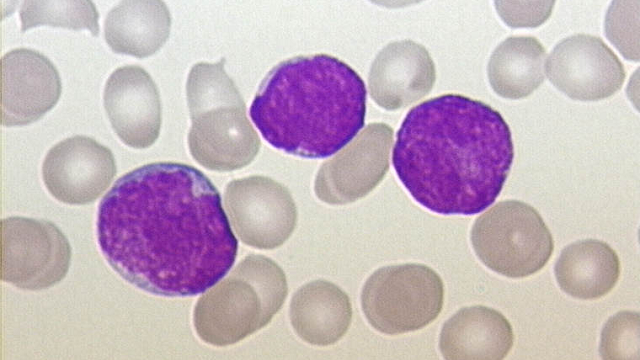 WIKIMEDIA, CHRISTARAS AThousands of childhood tumors, comprising more than 20 different cancer types, have been characterized in two large-scale analyses published yesterday (February 28) in Nature. The findings from these pan-cancer studies—the first of their kind for pediatric patients—provide new insights into the genomic changes associated with childhood cancers, and into wide-ranging differences between pediatric and adult cancers.

“Previous studies of individual paediatric cancer types have revealed that they have fewer mutations and structural variants, on average, than do adult cancers,” Pratiti Bandopadhayay and Matthew Meyerson, both cancer researchers at the Dana-Farber Cancer Institute who were not involved in the studies, note in an accompanying News and Views article. “[B]ut the current pan-cancer analyses take this further, systematically highlighting several key differences between childhood and adult cancer genomes.”

In one paper, Stefan Pfister of the Hopp-Children’s Cancer Center at the NCT Heidelberg in Germany and his colleagues...

In the other paper, Jinghui Zhang of St Jude Children’s Research Hospital and her colleagues worked through just under 1,700 tumors, spanning six types of childhood leukemia and solid tumor cancers. Like Pfister’s team, these researchers found that a low percentage—approximately 45 percent—of the genes mutated in childhood cancers were also mutated in adult cancers, and further reported transcription patterns for some of the mutated genes.

The studies mark a good starting point for the identification of new targets for cancer therapy, Dana-Farber pediatric oncologist Scott Armstrong, who was not involved in the work, tells Nature. For now, however, the clinical relevance of many of the identified mutations is unclear. Screens of pediatric patients, though informative, are “not going to be the end of the story,” Armstrong adds. “They’re going to be more the beginning of understanding what’s going on.”

In the meantime, “the results really bring home the message that pediatric cancer patients are not small adults,” Zhang says in a statement. “[T]heir disease should not be treated as if that were the case.”