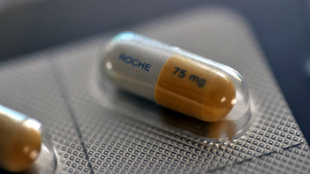 WIKIMEDIA, ANDREW WALESIn an updated review on the efficacy of the antiviral medication Tamiflu published in the British Medical Journal (BMJ) earlier this month (April 10), members of the Cochrane Collaboration and their colleagues concluded that stockpiling the treatment, as many governments have, is a waste of money. But some researchers are now beginning to question the main conclusions of the report, as well as statements of BMJ editorials and press materials that accompanied it.

Jonathan Nguyen-Van-Tam from the U.K.’s University of Nottingham and public-health group PRIDE Consortium is one researcher who criticized the Cochrane analysis and BMJ’s media relations practices. He was an author of a recent meta-analysis published in The Lancet Respiratory Medicine that found neuraminidase inhibitors like Tamiflu to be effective in reducing mortality in hospital-admitted H1N1 patients—a study that authors of the Cochrane review told a BMJ reporter was “flawed.”

Based on reactions to the latest report, “we risk losing one of the few weapons we have, because of overly negative publicity,” Peter Openshaw, who directs Imperial College London’s Centre for Respiratory Infection, told Nature.

In a joint response to Nature, the Cochrane and BMJ defended their analysis of the trial data and said that the way they portrayed their results with the media did “a good job of presenting the main findings” of the review.