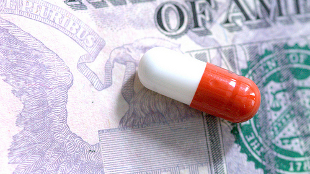 FLICKR, CARBONNYCIn November last year, Sidney Gilman, a neurologist then at the University of Michigan in Ann Arbor, admitted to tipping off a hedge-fund manager about clinical trial data yet to be published. Gilman was working for the Gerson Lehman Group, an “expert network” that connects academics with industry clients, often from financial companies, seeking technical information.

Gilman passed on confidential results showing that an Alzheimer’s drug being developed by Wyeth had not worked as well as expected, allowing the hedge-fund manager to sell his stake in the company before the data became publicly available, according to the US Securities and Exchange Commission (SEC). The resulting $267 million in illicit gains was the largest insider-trading case the SEC has ever investigated, and highlights a controversial intersection between academia and high finance, reported Nature.

Since 2009, SEC investigations have led to charges against almost 30 people with connections to...

But Arthur Caplan, a bioethicist at New York University’s Langone Medical Center, said “the only reason anybody wants to talk to you from a financial company is for insider information.” And Jean-Luc Vachiery, who tests experimental therapies for a rare condition called pulmonary arterial hypertension at the Free University of Brussels, added that hedge-fund managers use sophisticated techniques to try to glean confidential information, carefully dissecting verbal answers and body language.

Despite the obvious ethical problems, hardly any research institutions have banned their staff from consulting for the financial industry. Nevertheless, the string of SEC investigations has convinced some researchers that the stigma of association with expert networks is not worth the pay.