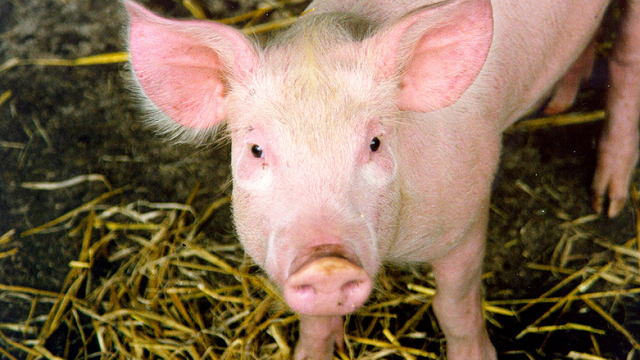 FLICKR, NICK SALTMARSHA team of US researchers has kept disembodied pig brains alive in a comatose-like state for up to 36 hours, according to a report published last week (April 25) by MIT Technology Review. First revealed by Yale University neuroscientist Nenad Sestan at a meeting held on March 28 at the National Institutes of Health, the results have increased the urgency of the ethical debate surrounding the future of brain research.

Although other groups have managed to keep disembodied brainstems and hearts of rodents alive, the current project is noteworthy for the scale of the brain being preserved, and its apparent success. The results have yet to be published in a scientific journal.

The researchers achieved the feat by experimenting with more than 100 pig brains obtained from a slaughterhouse, Sestan disclosed at the meeting (via MIT Technology Review). While maintaining circulation to the organs with...

“These brains may be damaged, but if the cells are alive, it’s a living organ,” Steve Hyman, director of psychiatric research at the Broad Institute in Cambridge, Massachusetts and one of the scientists briefed on the work, tells MIT Technology Review. “It’s at the extreme of technical know-how, but not that different from preserving a kidney.”

The reaction to the news has been mixed, The Guardian reports. Frances Edwards, a neuroscientist at University College London, notes that the technique could allow researchers to study animals’ neural networks in greater detail and develop better imaging techniques. But it’s unlikely to be replicated in humans, she adds.

“It would be a major, pretty much impossible step even to get this far with a human brain,” she tells The Guardian. “In the pig, you are taking a healthy animal and able to control exactly when and how it dies and immediately take out the brain.” In humans, instead, “by the time the brain is accessible it would be well and truly compromised.”

Nevertheless, several researchers argue that the time to consider the ethical implications of such research being carried out with human tissue is now, while brain preservation techniques, along with the development of brain surrogates such as chimaeras and brain organoids, are under development.

Writing last week (April 25) in Nature, Sestan, along with Hyman, biologist George Church, and 14 others, urged colleagues and the public to address questions such as “Who, if anyone, should ‘own’ ex vivo brain tissue, brain organoids or chimaeras?” and “Do ex vivo human brain models challenge our understanding of life and death?”

Neurobiologist Colin Blakemore of the School of Advance Study at the University of London tells BBC News that he seconds the authors’ message. “It is very, very important that there should be a public discussion about this,” he says, “not least because the researchers who have some investment can tell the public why it would be so important to develop such techniques.”