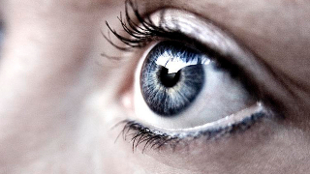 FLICKR, HELGA BIRNA JÓNASDÓTTIR Patients with Leber’s congenital amaurosis (LCA), a genetic blindness disorder caused by a mutation in the retinal pigment epithelium 65 (RPE65) gene that encodes a rhodopsin-making enzyme, were the first to test the theory that gene therapy could restore sight. In 2007, surgeons injected a viral vector carrying an unmutated copy of RPE65 into one eye of each patient, many of whom experienced a heightened sensitivity to light within just a few days. But now, that improved vision is fading, suggesting that this original therapy may not lead to the permanent fix many were hoping for, trial researchers reported in two papers published this week (May 3) in The New England Journal of Medicine (NEJM).

The follow-up study to the trial conducted in the United States describes three LCA patients who received the gene therapy, each of whom showed improvement in visual sensitivity...

The follow-up study of the trial, conducted in the United Kingdom, showed similar results: of the 12 LCA patients who received treatment, six showed modestly improved visual sensitivity, which peaked at 6 to 12 months after injection before declining or being lost entirely within three years. “[B]oth Journal reports suggest that without a highly efficient vector delivery system and sufficient surviving retinal pigment epithelium and photoreceptors, treatment success will be transient,” vision researcher Alan Wright of the University of Edinburgh wrote in an accompanying NEJM editorial.

Researchers are not discouraged, however. “These are complex diseases, and everything that’s been done is sort of first generation,” eye disease researcher Mark Pennesi of Oregon Health & Science University in Portland told Science. “The fact that there was biological activity at all is a milestone.”

Indeed, a newer gene therapy is still providing benefits to some patients more than seven years after treatment, providing hope that the general strategy of providing unmutated copies of RPE65 to repair vision may prove successful.  “It would be naive to say it may not decrease over time, and we’re still analyzing the results,” University of Pennsylvania gene therapy researcher Jean Bennett, who is heading the newer trial, told Science. But so far, “in the majority of patients, we see persistence of an improvement in light sensitivity.”