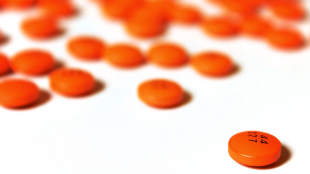 FLICKR, CANDYThe credibility of clinical trial data is undermined when pharmaceutical companies hide or distort unwelcome findings. In an attempt to tackle the problem, a group of researchers has this week (June 17) published a proposal in the British Medical Journal (BMJ) for an aggressive new approach: scientists and journals should themselves gather and print data that has come to light through other means, such as litigation or Freedom of Information Act requests.

Endorsed by both the BMJ and PLOS Medicine, the Restoring Invisible and Abandoned Trials (RIAT) initiative is the brainchild of Peter Doshi, a postdoc in comparative-effective research at Johns Hopkins University (JHU), who wanted to do something about the fact that only half of all clinical trials are published. Doshi and his colleagues have already gathered 178,000 pages of previously confidential trial data on several drugs that came into the public domain thanks to legal...

If other researchers have access to similar amounts of data, Doshi and his colleagues have set out a plan of action for those willing to participate in RIAT. First, they should notify the company who sponsored the research and provide 30 days for the company to commit to a new analysis based on the newly unearthed findings. The company would then have a year to come up with goods. If it does not comply, researchers should contact the BMJ and PLOS Medicine, which have agreed to consider publishing the data. The researchers may also include a critical appraisal of the trial they report in the discussion.

Indeed, in an accompanying editorial, editors of the two journals described the plan as a “bold remedy” and “another step on the road towards a complete and unbiased account of the effectiveness and safety of medical interventions.”

Doshi recognizes that for the moment, the success of the plan relies on the participation of volunteers. “This is an organic movement we are trying to start here,” Doshi told The Chronicle of Higher Education—though he hopes that funding agencies might see fit to support their efforts.