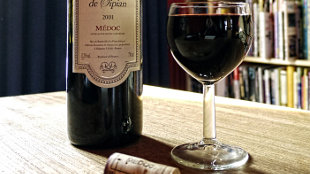 Resveratrol, often touted as adding a health benefit of red wine, may not be as good for you as once believed, according to a meta-analysis published today (June 19) in Biology Letters. The effectiveness of resveratol, which has been associated with the life-extending effects of dietary restriction, was assessed by analyzing studies covering 6 species over 19 research papers, and was found to display highly variable results.

In particular, while the life-extending capability of resveratrol seemed to hold true for yeast and nematodes, the same could not be said for flies and mice. Dietary restriction has been shown to work well in extending the lifespan of these animals, however, so resveratrol’s inability to produce such results on its own indicates there is more at work in elongating life. One notable exception was the turquoise killifish, which in one study had a 500 percent decrease in risk of death. Killifish are known...

Resveratrol is in early-stage human trials, and has shown some potential benefits to insulin and metabolic function, but the new analysis suggests it may not live up to the hype.