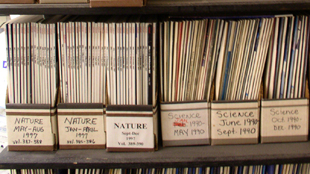 Retractions of scientific papers have increased 10-fold over the first decade of the 21st Century. New research published online last Monday (July 8) in PLOS ONE reveals that the time-to-retraction has dropped significantly from an average of 49.82 months prior to 2002 to just 23.82 months in the years since, “although recent articles requiring retraction may not have been recognized yet,” according to the authors.

“The finding that journals are retracting papers more quickly than in the past is very good news, as it shows how the scientific system of self-correction is improving,” Daniele Fanelli, an evolutionary biologist who studies scientific misconduct, told Retraction Watch.

“High-impact factor journals retract more and more rapidly because they have more readers and better policies,” Fanelli told Retraction Watch. “Studies have shown that impact factor is the best predictor of a journal having clear and active policies for misconduct,” he added. “So any correlation between retractions and impact factor has a trivial explanation.”

Despite recent high profile cases of serial-retractors—including Yoshitaka Fujii, the current world-record holder with 193 retractions—repeat offenders were more common in previous decades, according to the new study. Between 1972 and 1992, 46 percent of retracted papers were written by authors with a single retraction, compared to 63 percent of retracted papers written between 1993 and 2012.

Reasons for retractions have shifted over time as well, according to the authors. “The first article retracted for plagiarism was published in 1979 and the first for duplicate publication in 1990,” the researchers wrote in the paper, “showing that articles are now retracted for reasons not cited in the past.”