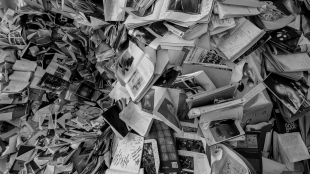 PIXABAY, VICTORFLISCORNOPlagiarism is the most common cause of retractions in BioMed Central journals, accounting for a quarter of cases documented, according to a poster presentation at the World Conference on Research Integrity being held in Rio de Janeiro this week. The authors found that the increase in plagiarism-related retractions rose after 2009, when plagiarism-detection software became more widely used.

“It was a bit unexpected because I don’t think this is the number-one reason that comes up in other studies,” said study coauthor Maria Kowalczuk, the biology editor in the Research Integrity Group at BioMed Central.

For instance, a 2012 PNAS study that analyzed more than 2,000 PubMed-indexed retractions found that fraud was responsible for 43 percent of retractions and plagiarism for 10 percent.

Plagiarism “has become easier to detect,” Kowalczuk told The Scientist. “Before 2009, it was mostly problems with duplicate publications and coauthors not being aware that...

Kowalczuk and Elizabeth Moylan, the senior editor of the Research Integrity Group, surveyed nearly 163,000 articles published between 2000 and 2014 by BioMed Central, which puts out 281 open-access journals. Among them, 77 papers had been retracted. (The authors excluded 43 papers that were pulled this year due to fraudulent peer review because, Kowalczuk said, “they would seriously skew the results.”)

Kowalczuk said editors and reviewers will use plagiarism-detection services when they are suspicious that there may be duplicate language, but it would be impractical to apply these to every paper reviewed because of time constraints.

In another presentation at the World Conference on Research Integrity, Chris Graf, the new business director for the professional innovations group of Wiley, offered a snapshot of the 82 retractions in Wiley journals in 2014. Nearly half (40) were due to “serious problems,” such as fabrication or experimental flaws, while 21 were pulled because of plagiarism.