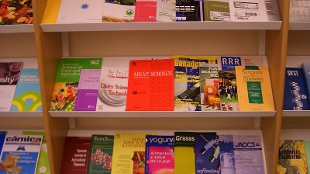 Retractions of scientific papers are rising, and two journal editors outlined some ideas to address the issue, The New York Times reported yesterday (April 16). Ferric Fang of the University of Washington and Arturo Casadevall of the Albert Einstein College of Medicine in New York, both editors at Infection and Immunity, investigated the interaction between retraction rate and journal impact and stressed their concerns in two editorials in their journal.

Several other reports have highlighted the rising rate of retractions, which has outpaced the increase in publication rate. Feng and Casadevall found that higher journal impact factors often correlated with more retractions. They fear that this is a symptom of an increasingly “winner take all” mentality in science, where a glut of scientists and a dearth of funding encourages drastic measures to obtain high-profile papers that will help secure grant funding and tenure.

Feng and Casadevall want to instill better practices in young graduate students. Caps in grant money per lab could help distribute funding among more labs, they said, and universities could emphasize collaboration as a factor in considering promotion.

“You can’t afford to fail, to have your hypothesis disproven,” Dr. Fang told The NYT. “It’s a small minority of scientists who engage in frank misconduct. It’s a much more insidious thing that you feel compelled to put the best face on everything.”