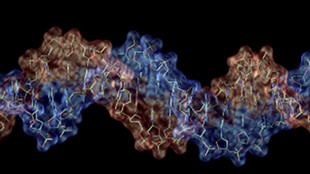 Patients who have their whole genomes sequenced should be told if they have any of 57 genetic variants that put them at risk for serious disease, according to new recommendations from the American College of Medical Genetics and Genomics that came out yesterday (March 21). Doctors should give their patients this information whether or not they ask for it, even if the findings are incidental to the reason the sequencing was done in the first place, the document said.

Doctors testing for a genetic variant will usually have sequencing done for only that gene. But soon sequencing a single gene and sequencing an entire genome will cost the same amount, ScienceInsider reported, and incidental findings will become more common.

The 14 authors of the recommendations selected the genetic variants about which consumers should be informed based on whether knowing about them could help prevent dangerous health problems....

Some outside experts worry that the information would be overly concerning to patients. “The assumption that it’s always benign to give that information, and potentially helpful—I don’t think that’s true,” Mark Rothstein, who studies bioethics and genetics at the University of Louisville Brandeis School of Law and School of Medicine, told ScienceInsider.

But the authors of the paper said that letting the patients know their risks could keep them safer in the end. They emphasized that the list of variants was preliminary and could change as science progressed.