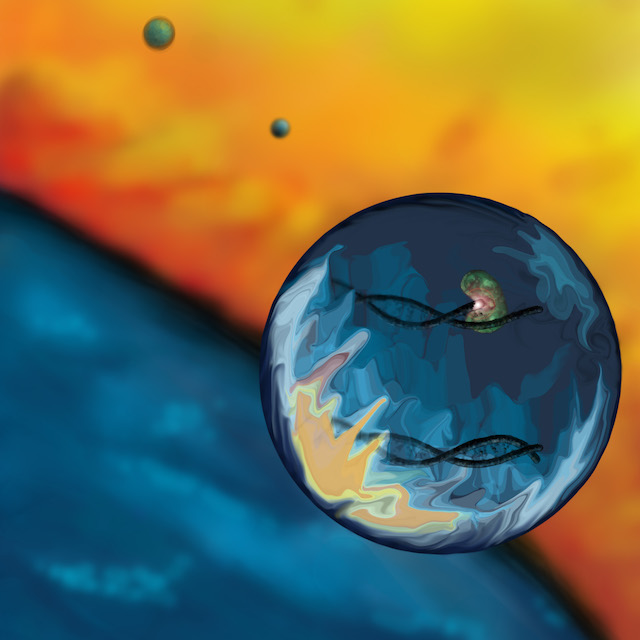 Illustration of DNA polymerase being selected to transcribe RNA into DNA in an emulsion PCR reaction UNIVERSITY OF TEXAS AT AUSTIN, JARED ELLEFSON

RNA polymerases are sloppy. A retrovirus with an RNA genome, which is copied into DNA by a reverse transcriptase, is prone to mutations because the enzyme lacks the 3’ to 5’ proofreading capability of DNA polymerases. Scientists have now created a synthetic reverse transcriptase using directed evolution, they reported in a paper published last week (June 24) in Science.

The team, led by by Jared Ellefson and Andrew Ellington at the University of Texas, Austin, has dubbed this enzyme a reverse transcription “xenopolymerase,” or RTX. In their paper, the authors suggested RTX could be a valuable molecular tool, particularly for transcriptomics.

“This enzyme could be a game changer for single-cell analyses,” Vitor Pinheiro, who engineers DNA polymerases at University College London and was not involved in the work, told Chemical & Engineering News.

To develop RTX, the team introduced a library of randomly mutated DNA polymerases into E. coli. They then inserted a few RNA bases into DNA sequences required for the polymerase to replicate, challenging the polymerase to transcribe the mixed nucleic acid template. The team added increasing amounts of RNA in subsequent cycles of selection. With just about a dozen amino acid changes and its proofreading ability intact, the DNA polymerase became a reverse transcriptase, as well.