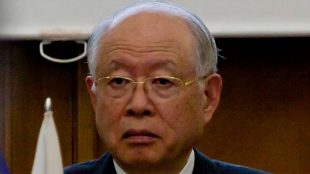 WIKIMEDIA, ??????????:BRUNEIThe president of the RIKEN research institute in Japan, Ryoji Noyori, will resign this month, according to news reports. He was slated to hold the position for another three years.

According to Asahi Shimbun, Noyori cited his age and his many years already spent serving as RIKEN’s president as part of his decision to leave. Noyori also recently weathered considerable turmoil at RIKEN over scientific misconduct regarding a stem cell technique and the suicide of an involved investigator. However, education “[m]inistry officials said that he is not resigning to take responsibility for the recent scandal,” Asahi Shimbun reported.

The 76-year-old Nobel laureate has led RIKEN for more than a decade. The Ministry is searching for his replacement.

Correction (March 12): The first sentence originally stated that Ryoji Noyori said he will resign; rather, education ministry officials made the announcement. The RIKEN press office...

Update (March 24): Nature reported today that Noyori has resigned. His successor will be physicist Hiroshi Matsumoto.