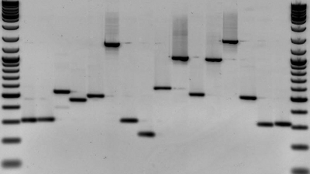 WIKIMEDIA, RKALENDARRIKEN President Ryoji Noyori has called for all the labs at the institute to check for evidence of doctored images and plagiarism in their published works, according to The Yomiuri Shimbun (via ScienceInsider). The reason: a series of accusations of similar acts of misconduct that have been waged against RIKEN researchers during the last few weeks.

First came the hullabaloo surrounding stimulus-triggered acquisition of pluripotency (STAP). Haruko Obokata of RIKEN’s Center for Developmental Biology in Kobe, Japan, and her colleagues claimed to be able to induce pluripotency with an external stressor, such as low pH or a mechanical squeeze. Failures to replicate the exciting findings resulted in a RIKEN investigation that revealed evidence of image manipulation and reuse. Then, more controversy struck the institute with accusations of image manipulation in papers published by the chair of the investigating committee, who subsequently resigned from the committee. And last week, additional image-related questions were raised in regard to papers published by three more members of the committee, ScienceInsider reported.

Noyori’s directive to RIKEN labs to now review their own publications will cover at least 20,000 papers, according to an unnamed RIKEN official quoted in The Yomiuri Shimbun.