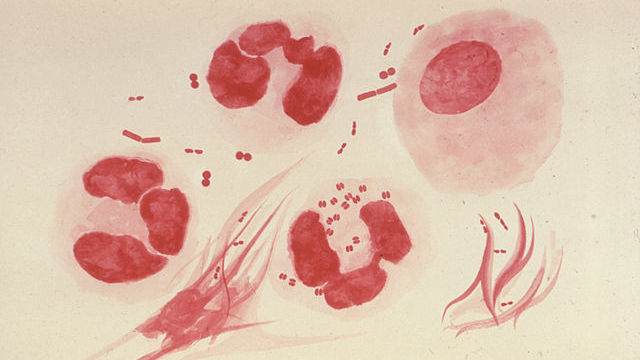 Cases of gonorrhea have risen sharply in the past few years, but Australian researchers are testing a cheap, easy treatment: mouthwash. In a study published this week (December 20) in Sexually Transmitted Infections, the researchers found that the commercial mouthwash Listerine could kill off the bacteria that cause gonorrhea, Neisseria gonorrhoeae, in the lab as well as in a preliminary clinical study.

In the clinical study, 58 gay or bisexual men who had previously tested positive for gonorrhea were asked to rinse and gargle with Listerine for several minutes. After the rinse, only 52 percent still had a detectable amount of the bacteria in their throats, compared to 84 percent in a control group that gargled with salt water. The result suggests that the alcohol-heavy mouthwash may suppress N. gonorrhoeae, though whether regular use can stave off infection in the long term remains to...

“If daily use of mouthwash was shown to reduce the duration of untreated infection and/or reduce the probability of acquisition of N. gonorrhoeae, then this readily available, condom-less, and low cost intervention may have very significant public health implications,” the authors write.