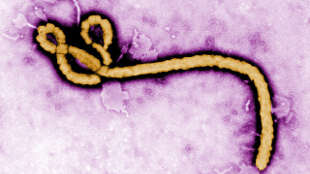 “They showed universal protection in a highly lethal model three days after infection, so that’s obviously good,” Daniel Bausch, a senior consultant to the World Health Organization and an infectious-disease specialist at Tulane University who was not involved in the study, told The New York Times.

An earlier version of the drug, developed to fight a strain of the virus that circulated in 1995, was used on a compassionate use basis in Ebola patients treated in the U.S. last year, but in conjunction with other therapies, making it difficult to determine the effects of TKM-Ebola, specifically. It was also unclear whether...

“Any treatment for Ebola that works in a time period where you can actually detect the virus already is something that’s potentially clinically promising—and that’s what you have here,” Darryl Falzarano, a virologist at the University of Saskatchewan in Canada who didn’t participate in this study, told The Verge. “All the treatment animals survived. That sets the stage for a potentially useful clinical treatment.”