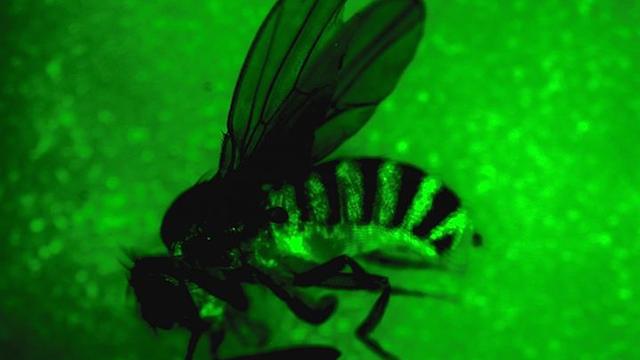 An RNA pathway responsible for cutting down on mobile, potentially deleterious stretches of DNA is active in non-reproductive tissues in fruit flies, according to a study published in Nature Communications on December 21. Researchers from Brown University report that the piRNA pathway, once thought to function only in reproductive tisue, also suppresses transposable elements (or transposons) in the fat body tissue of fruit flies, likely playing an important role in keeping the flies healthy.

Transposons are sections of DNA capable of moving from one region of the genome to another, sometimes causing harmful mutations. Previous studies demonstrated that piRNA patrols the genome in fruit fly reproductive tissue to ensure TEs are not handed down to offspring. The Brown University team showed that not only is the piRNA pathway active in normal, non-reproductive tissue—but that disabling parts of the pathway can incur serious health effects. Flies lacking...

The study is part of a multi-institution effort to investigate the connection between transposon activity and the onset of poor health with old age, according to a press release.