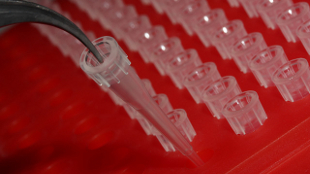 FLICKR, SERGEI GOLYSHEVPirfenidone, a treatment for a fatal lung disease known as idiopathic pulmonary fibrosis (IPF), was approved for sale in Canada in 2011 and in Europe the following year. Big Pharma firm Roche has bought the drug’s developer, Brisbane, California-based InterMune, while it awaits approval for pirfenidone from the US Drug and Food Administration (FDA). InterMune cost Roche a cool $8.3 billion. Howard Liang, a stock analyst with Leerink Partners, said that sales of pirfenidone will likely reach $1.6 billion in 2020, Chemical & Engineering News reported.

“[Acquiring InterMune is] recognition of the potential to develop a fibrosis franchise with pirfenidone as a starting point,” Liang said. “[The Roche acquisition] represents a favorable ending of the InterMune story, which has endured an arduous road in pioneering the development of the first approved treatment for idiopathic pulmonary fibrosis.”

In 2010, the FDA denied approval of InterMune’s pirfenidone, which works...

Roche’s buyout caps a series of acquisitions made by the company in the past year. This month, Roche paid $450 million for the RNA-drug company Santaris Pharma, and in July, the company paid $1.73 billion for the cancer drug firm Seragon Pharmaceuticals.