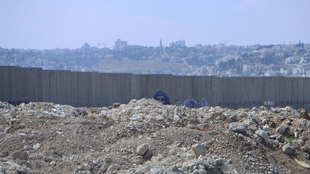 A barrier wall in the West BankWIKIMEDIA, SOMANNew European Commission guidelines issued on July 19 stipulate that as of 2014, EU research funds will not support projects in areas that were not under Israel’s control before 1967, including the occupied West Bank, East Jerusalem, the Gaza Strip, and the Golan Heights. In response, Israel is considering dropping out of Horizon 2020, a lucrative European Union research program that had been expected to bolster Israel’s research coffers by about €300 million ($401 million). Negotiations on the wording of the guidelines will continue in Brussels in September.

European Commission spokesperson Michael Jennings told ScienceInsider that the European Union’s ban on funding projects in the occupied territories amounts to a clarification of a preexisting policy, and that the impact will be minimal, because little research is done there. However, the guidelines are being considered by Israeli officials to be...

Israel, home to a fast-growing biotech industry, has participated in EU research programs since 1996 as an “associated country”—a status that allows countries outside of the European Union to compete for research grants in exchange for a fixed cut of the country’s gross domestic project. During the most recent program, spanning 2007 to 2013, Israel paid in €534 million ($714 million) and netted €634 million ($848 million) in funds that went to nearly 1,600 Israeli scientists. Projections for the next research program—Horizon 2020—have Israel reaping about €900 million ($1.2 billion) in funding from an investment of about €600 million ($803 million).

The only existing laboratory that would not be eligible for research funds under the new guidelines is a West Bank-based company called AHAVA Dead Sea Laboratories, which develops skincare products. Also impacted would be the West Bank’s eight universities, whose researchers could not apply for the EU funding.

European Research Council President Helga Nowotny told ScienceInsider that Israel’s withdrawal would be “catastrophic for Israeli scientists and a big loss for Europe.”